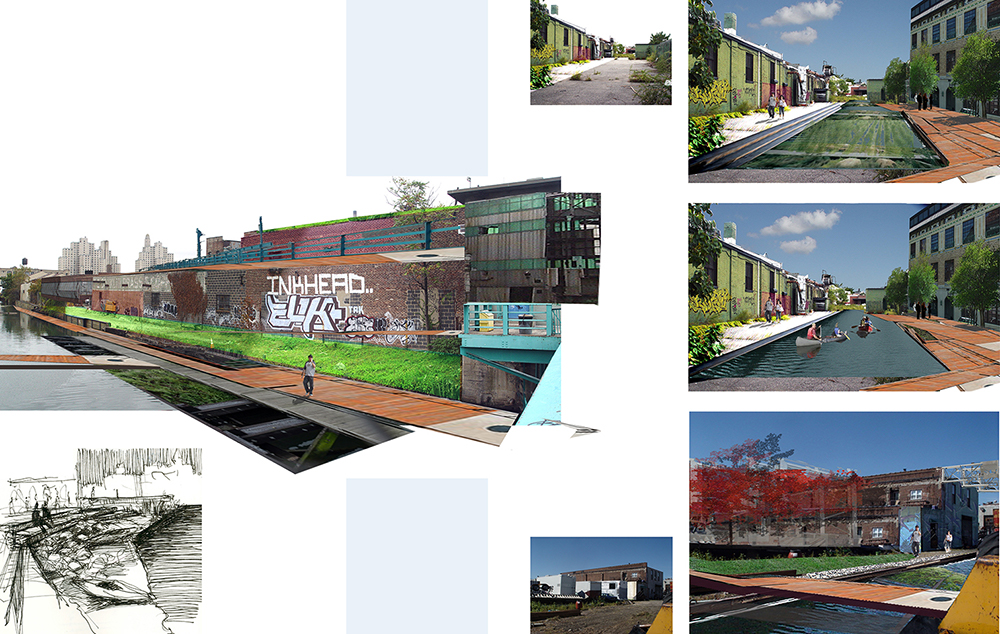 The Gowanus Canal, or Gowanus Creek Canal, is Connected to the Gowanus Bay in Upper New York Bay. The canal borders the neighborhoods of Red Hook and South Brooklyn on the west and Gowanus/Park Slope on the east. The neighborhood was originally a tidal inlet of navigable creeks in original saltwater marshland, and meadows, wetlands and fresh water streams from which the canal was first built.

It became a very active waterway that was very important to the city's commerce, and an industrial waterfront with all its environmental consequences. Today as industries left the site; the neighborhood identity is a mix of scattered residential areas, vacant land and warehouses and possesses an active community of artists and grass root activists.

Even though there are five east-west bridge crossings over the canal, located at Union Street, Carroll Street, Third Street, Ninth Street, and Hamilton Avenue, the water is inaccessible to residents.

This sketch intends to transform this inaccessible waterfront into a public amenity, taking into account environmental challenges and provide a continuous access to the canal front.

The sketches bring the canal within the urban fabric, to create connective inner harbor and multiply accesses, uses and programs. The inland harbors have several functions; 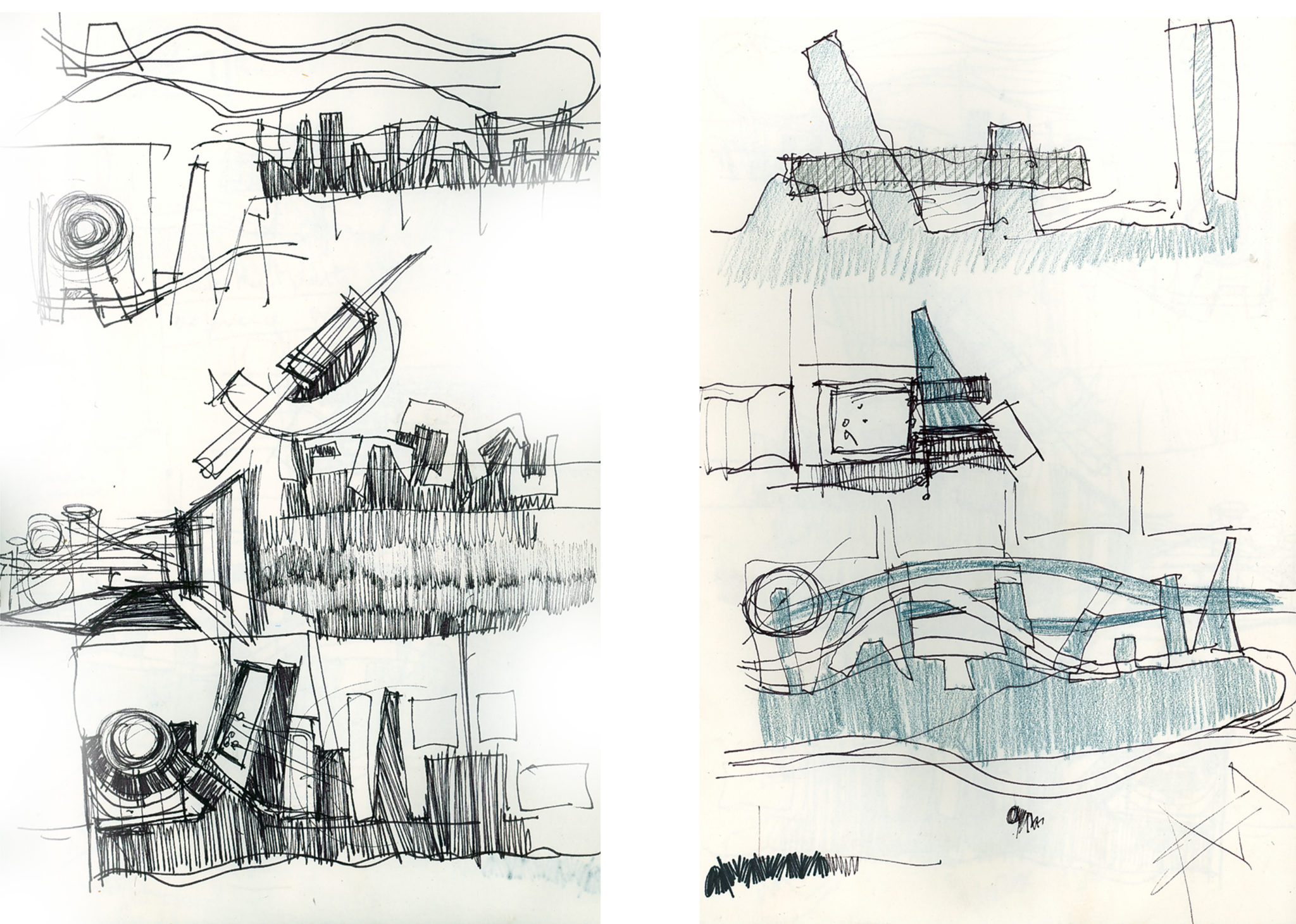 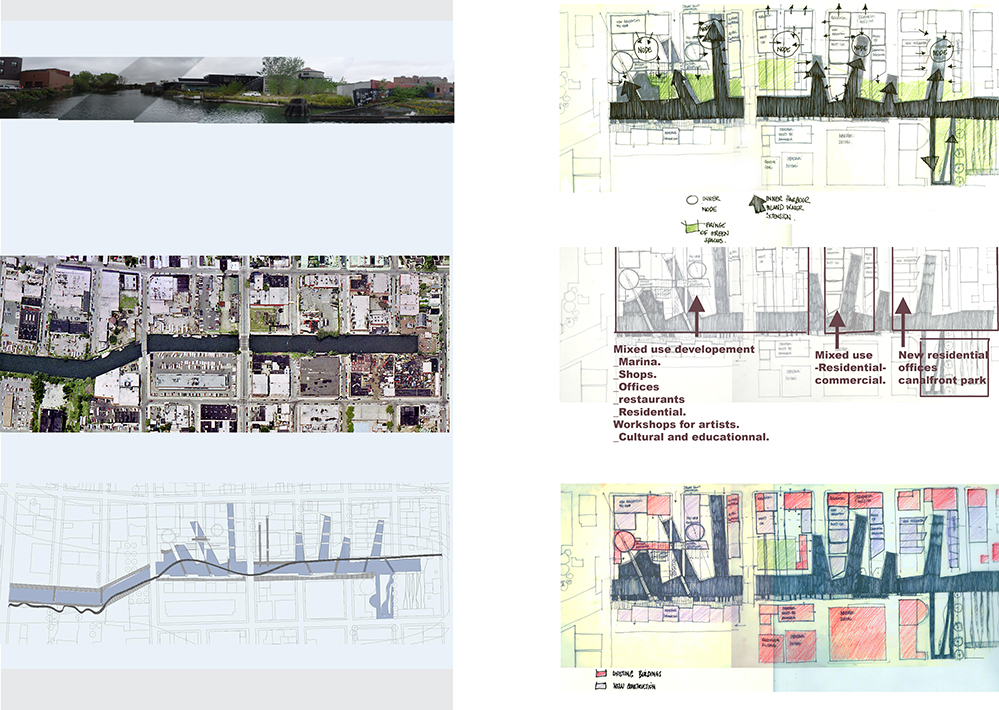